The Appalachian League Black Book of 1949

I came across a book title that was enticing. The Appalachian League Black Book.  What sort of secrets were hidden in there?  Off to WorldCat to see where this gem could be seen.  They had a listing for the book but no record that any library had it.

Some snooping around shows that The Baseball Hall of Fame has a copy.  Surely there must be one closer than Cooperstown.  How about one of the cities where the Appy League played?  I found a copy in the Kingsport Public Library, just 93 miles away.  I contacted fellow SABR member and friend, Marshall Adesman, who lives in that area, asking him to take a few minutes to look at the book.

He was able to go the next day and copied a few pages.  Thanks, Marshall.  I'll have to make a trip over to see the rest of it. 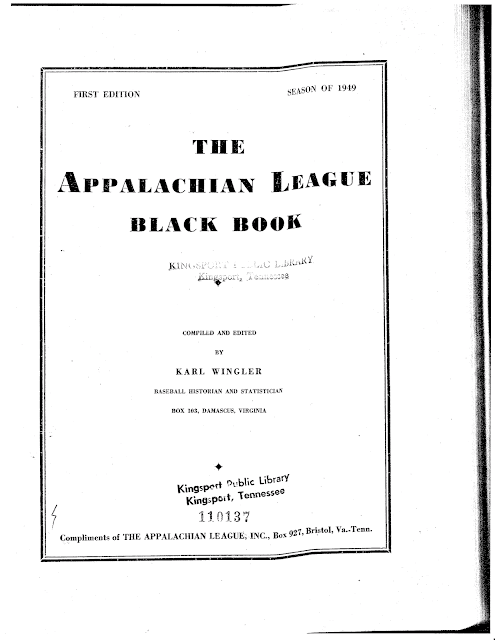 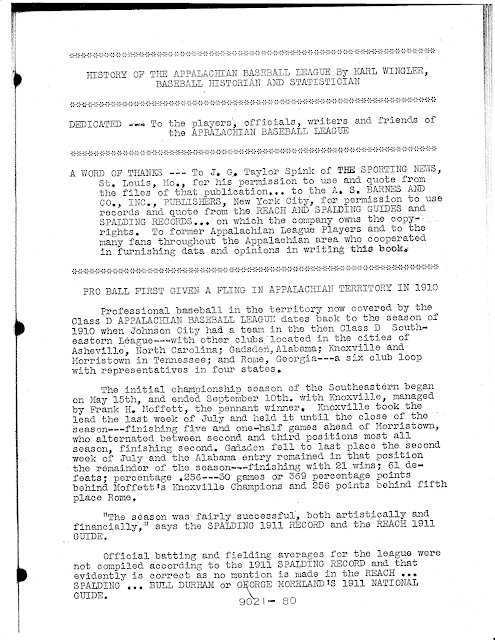 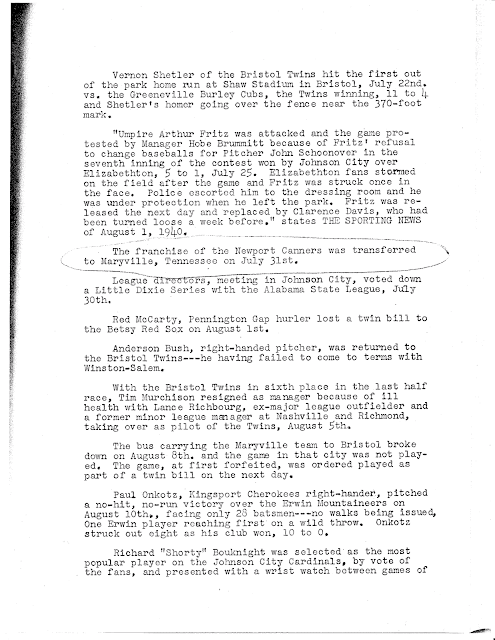 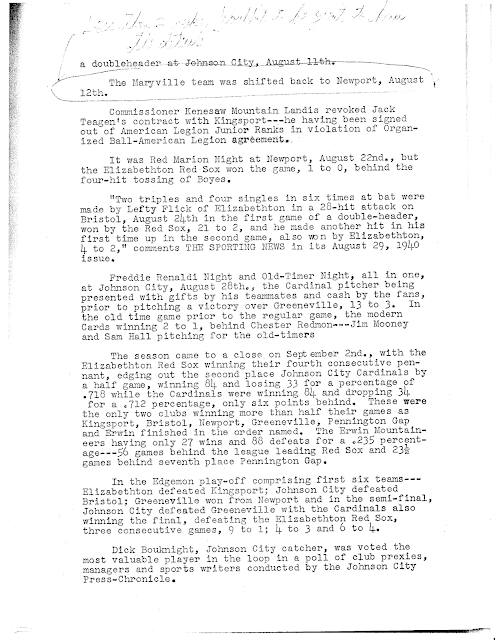 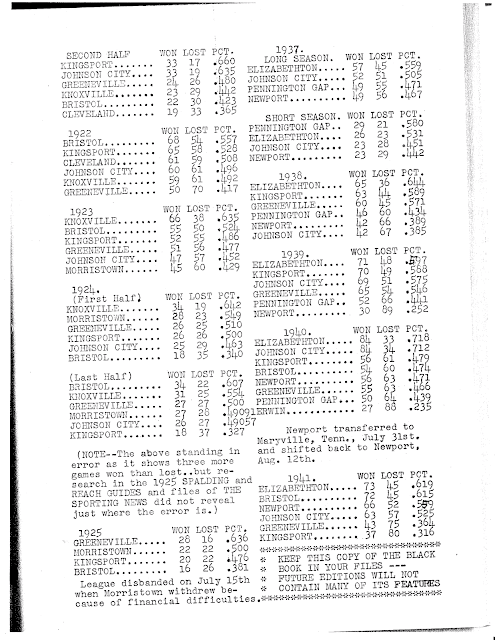 According to a local newspaper in February of 1949, "Karl Wingler of Damascus, Va., who is the official record compiler for the Appalachian (League)..."


In the February 8, 1940 edition of The Sporting News Karl is listed as the Secretary-Treasurer of the Burley Belt League.  A few months later, on May 9, 1940, in the same paper, he is promoting the Baseball Data Club, of which he is the president.  He is also listed as being the sports editor for the Washington County Forum, a weekly publication.

In the mid 1940s Karl created a new way to rank pitchers.  Some called it the "Wingler System".


The Springfield Republican, from Massachusetts, gave a more full explanation and results the prior week.

In September of 1947 Karl is looking for a photo of Jiggs Donahue as a left handed catcher.  November of 1947 brings him wanting to compile the statistical history of the American League.  He's listed as writing a page for the April 13, 1949 edition of TSN about US Presidents tossing out the first pitch.

By November of 1953 Karl is affiliated with the Heilbroner Baseball Bureau.

For me, his trail goes cold after that.  What a wonderful thing it would be to find his ledgers and notes.