July 4th. A time to celebrate Independence Day. A time to play baseball. In 1933, the Knoxville Giants, part of the Negro Southern League, played a double header against the Alcoa Aluminum Sluggers.


The story in the next day's paper shows that the Giants won both of the games.


So where was Leslie Street Park?  From Ronald Allen's book, Same Old Smokies:


Google Maps locates it where the Knoxville New-Sentinel building is.  Some of the street names have changed over the years. 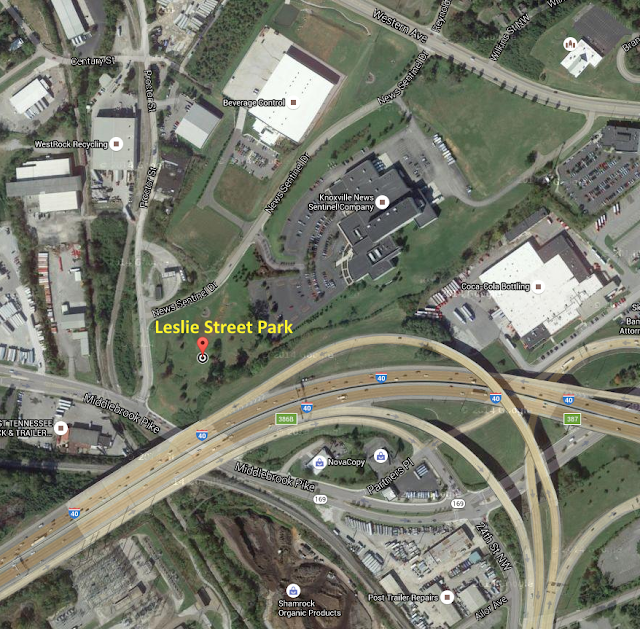