The Knoxville Indians were part of the Southeastern League in 1897.   They also played outside that league.  One of their rivals in the last part of the nineteenth century was Maysville, Kentucky. 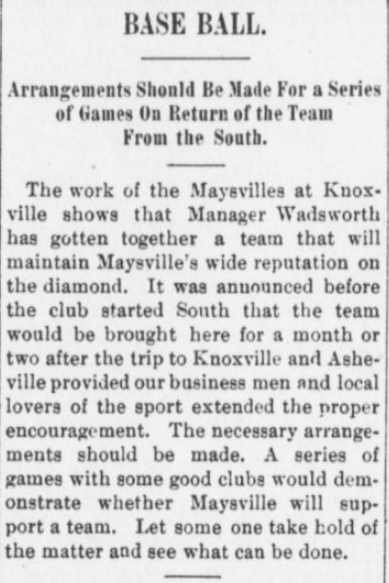 I'm not quite sure what a Kalsomizing was, but I did find it mentioned in an 1868 ad from Springfield, Missouri.