Earlier I posted about UT's 1909 series against Kentucky.  Doing a bit more research on that seems to have opened a can of worms.  Missing games. You know, things like that.  Rather than postpone the inevitable, here's what I've found about that season.

Let's look at UT's schedule, according to the yearbook.


And then the compiled results.


Wait, where did the games against Chattanooga end up?  The easiest way to do this is to go at them one by one.

March 27 Cincinnati National, at Knoxville - This would be the Cincinnati Reds, the professional team.  It should be labelled as an exhibition match and not count as a loss.

So, not only did UT lose, they lost to the Reds' second team.  The Cincy pitchers would be Ralph Savidge, who only appeared in one Reds' game in 1909 and left that after four innings with a 22.50 ERA, and Bob Ewing, who went 11-12 for the Reds that season.

To add confusion, the Sporting Life reports the game as being against Cincinnati U. 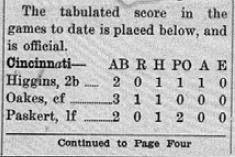 
April 1-3 Tusculum, at Knoxville - I was having difficulty find any supporting material for the games against Tusculum.  I asked Dom Donnelly, the Assistant Athletic Director for Media Relations at Tusculum College, for some assistance, but he didn't have info from that era.  I then turned to the libraries at Tusculum College.  Kathy Cuff responded saying, "We don’t have any newspaper clippings, press releases, sports reports, etc on the 1909 baseball team and the results of the 1908-09 year.  But I did find this in the May 1909 Orange and Black :"


“From the standpoint of winning games, Tusculum has not been very successful this season, but she is due more credit than has been given her.  In the first place, we have endeavored to play clean college ball, and with the exception of two games, no one but bona-fide students have played and they have met with the requirements of the Athletic Association and Faculty.  In the second place, he have played the best college teams in the country and the majority of them have rank professionals on their teams – men who are at school for no other purpose than to play ball.” 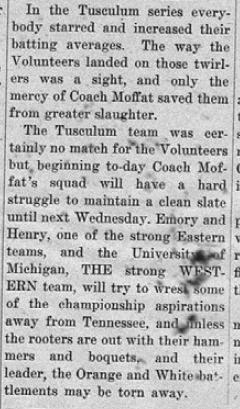 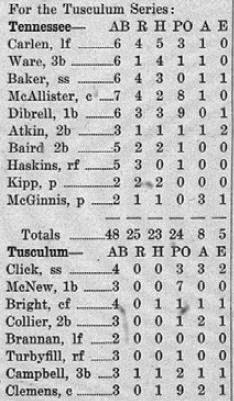 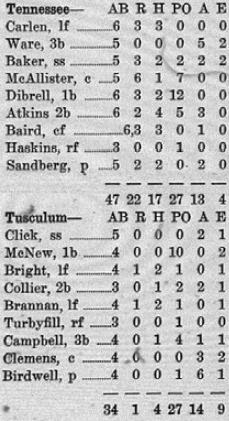 
April 9-10 Emory & Henry, at Knoxville - Two newspapers are only reporting the game on the 10th.  I could not find any report in the April 10th edition of The Boston Herald for the game on the 9th.


School newspapers to the rescue again.  The scores match. 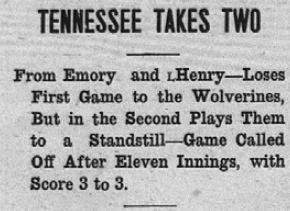 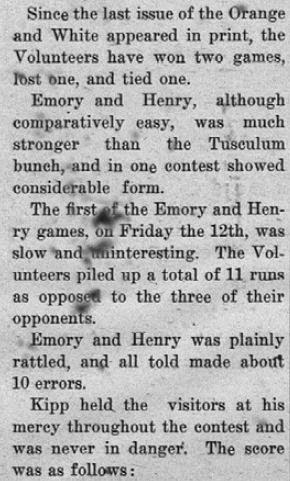 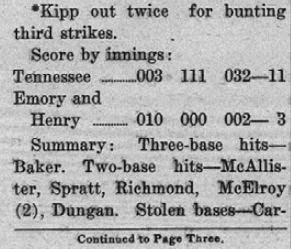 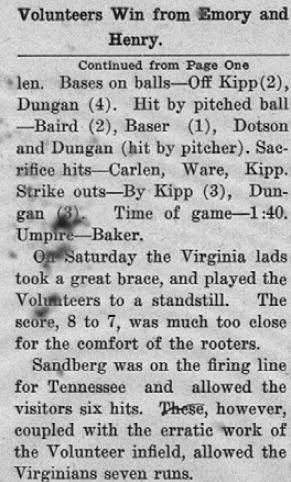 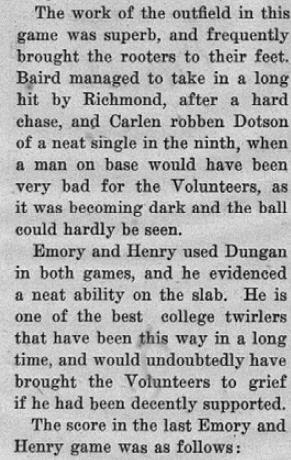 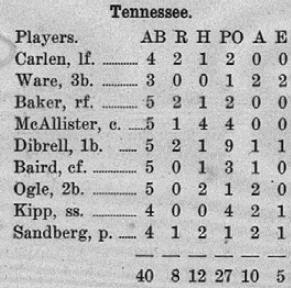 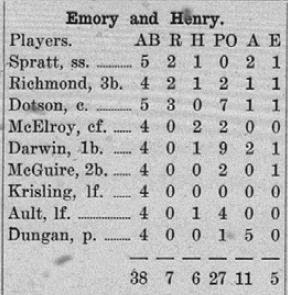 April 12-13 University of Michigan, at Knoxville - The dates and scores match.


April 15-17 Dahlonega, at Knoxville -the scores match, but the third game went 10 innings. 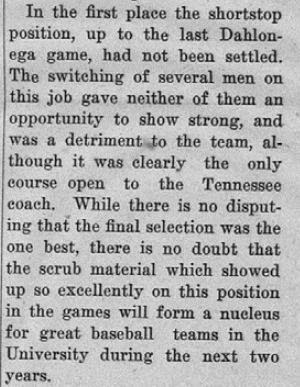 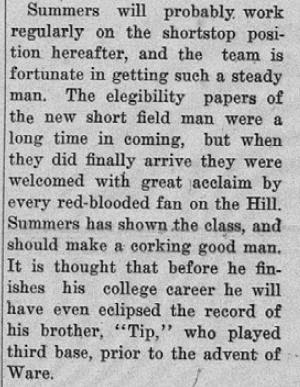 Well, these game scores match up with the Record Book.  The new bit of info is that the third game went 10 innings. 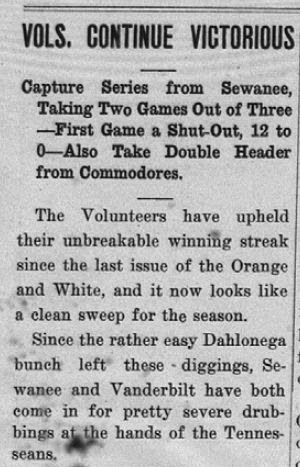 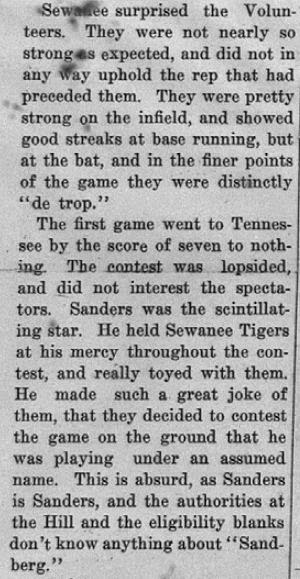 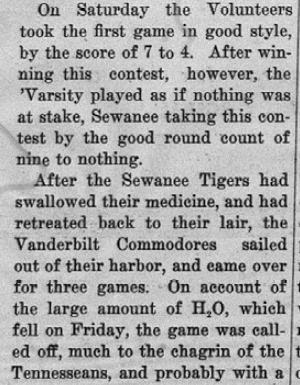 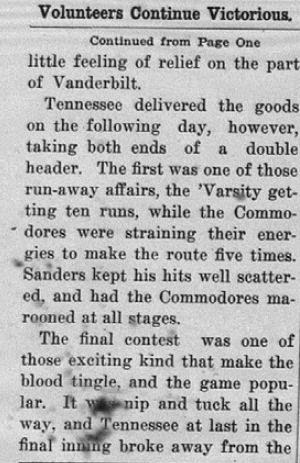 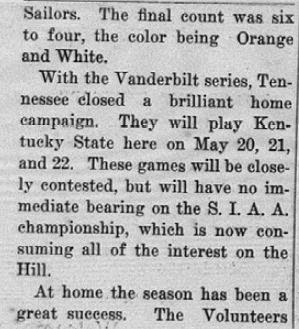 Because one doesn't see that many photos of the teams from that era, I include one of William G. Baker, Captain of the team.  He played Right Field. He also played fullback for the varsity football team.

As I was researching this post I found that there's too much information for a single season.  I'll stop here at the beginning of May 1909 and pick the remainder of the season up next post.
Posted by Mark Aubrey at 2:00 PM