The Knoxville Reds, more than 50 years ago, was one of the most famous baseball teams ever to play in the South, at that time.  Standing, left to right: Link Houk, James Waters, Dave Thomas, Lon Fiske, Please McClung.  Seated: Deadrick McClung, Guy McCaffry, Dutch Roth, Joe Wilson, Hugh Rogers.
Joe Wilson, who recently retired as chief of traffic police, tells with pride of their trips and victories over the state and through the south.  The members of the team paid their own expenses, the uniforms were made at home and that shield so proudly displayed was hand-embroidered by a fond mother or sweetheart.
One of the big games was played at Cleveland, Tenn., for a grand prize of $75 and Knoxville won.  "That was a mountain in those days," says Captain Wilson, "and we thought we were mighty lucky."  The greatest victory was the defeat of the Cincinnati Shamrocks.  Admission was charged for that game, a custom which not usual.  Captain Wilson would not divulge anything about the heart secrets of this handsome group, except to admit that his wife did come to see him play, but the girls never followed the team out of town, as is the custom for the football games of today.

Steve Cotham, the McClung Collection Manager, has graciously given me permission to reproduce some baseball images from their digital site on this blog.


Just to make things a bit easier, I've added names to the photo. 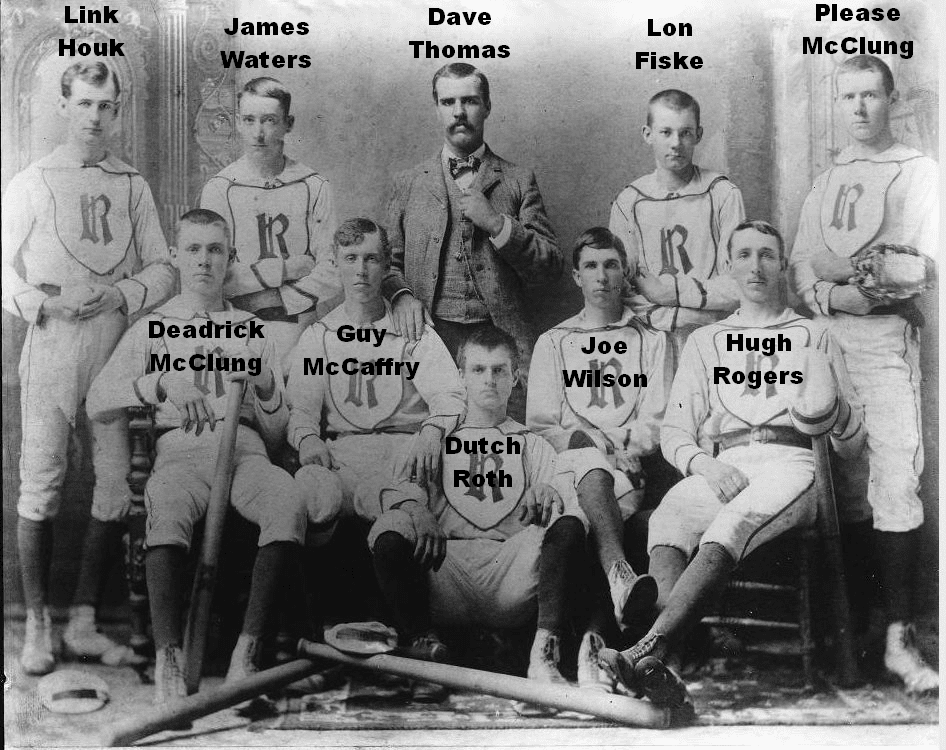 So, this victory over the Shamrocks of Cincinnati?  They came to town in early August.

It could have been the game of August 8, 1890 to which Captain Wilson was referring. 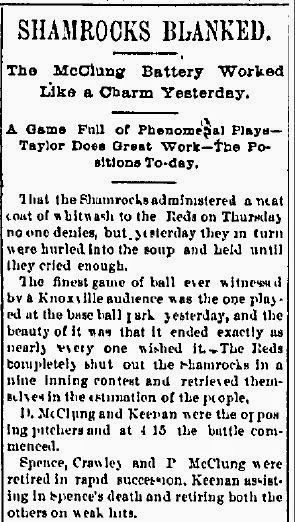 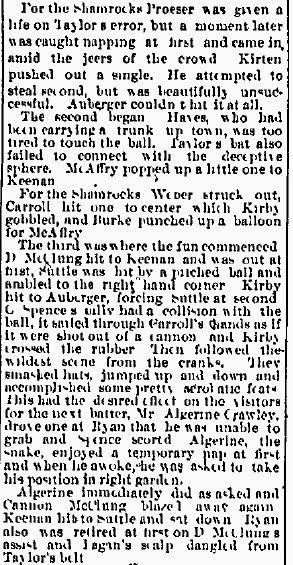 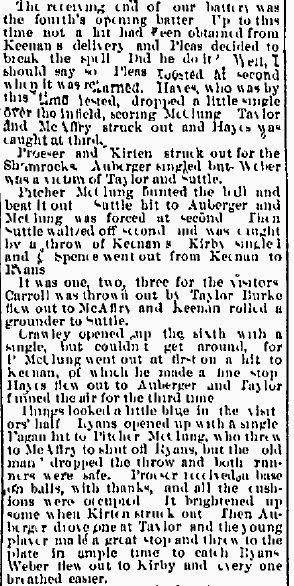 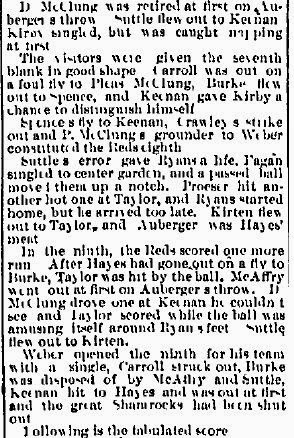 From the tabulated score, it would appear that only Deadrick McClung, Pease McClung, and Guy McCaffry from the photo were involved in the game against the Shamrocks.

But a bit more research reveals that the Reds beat the Shamrocks on the 6th of August as well, 4-1 in six innings.  Rain stopped the continuation of that game.

The unusual custom of charging admission for the game?  Well, they did it just the month before when the Louisville Deppens came to town.


Curious to see what the Shamrocks looked like?  Here's a photo of them from a few years before they came to Knoxville.