In the previous post I looked at the games between Maryville College and the University of Tennessee during 1918.  I'll continue with the rest of the season.

Note the asterisk.  * All scores not available. There's a gap from mid April until early May.  My guess is that a few games were played during that time.

As the major league teams headed back to the northeast they'd wind their way through home playing each other, college teams, and other semi-pro teams to keep in shape and to give the locals a bit of a thrill.  "Look, Billie, the Pirates are comin' to town.  Major leaguers."   Generally the pros would win.  They did this time, but there is a discrepancy in the score reported.

The next week the Volunteers headed north to play Georgetown College.

The reported score matches the Record Book.  Now we have a location.  It was an away game for UT.

The following snippet caught my eye, just part of an editorial section in sports page.  I don't hear the term "wicked whip" used much anymore.


The date and scores match up and it was an away game for UT.


Apparently it was supposed to be a double header, but the weather had other plans.

Jumping ahead in time by about a month, during which UT played Maryville, the Volunteers welcomed the Wildcats.


With UK's names being semi-interchangeable it is easy to see how confusing might have entered the Record Book.
Posted by Mark Aubrey at 10:38 AM No comments: 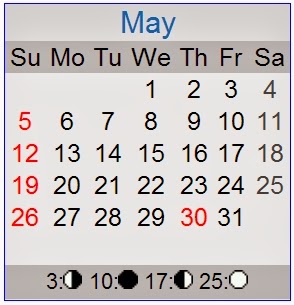 Winners of Pennant in Appalachian League - 1912


The obligatory league stats from Baseball-Reference.
Posted by Mark Aubrey at 9:00 AM No comments:

I've been in touch with Brian Bruce, Assistant Director of Media Relations, University of Tennessee Athletics, about updating their Baseball Record Book.

What a better place to start than the beginning?  Here's what's published in the 2013 edition of the UT Baseball Record Book.


I wondered where they got their information.  Student newspapers?  Scorebooks?  Yearbooks?  Local newspapers?

I called the UT Special Collections to see if they had the yearbooks onsite that I could look through.  They gave me a better answer than I could have expected.  The yearbooks are online.

If you look through the Record Book you'll see that many other coaches and managers have a photo attached.  Here's an image cropped from the 1897 UT yearbook.  What a handsome looking young man.  I've found a first name and a photo.
From the yearbook we can see the location of the games.  UT played Grant at Athens the second time.  UT played the University of the South at Sewanee for the first series.  UT played Vanderbilt at Nashville.  Why is this important?  It helps establish the Home and Road records.

Now, let's try to verify some of the info.  Here's some info from the Alabama Baseball Media Guide. 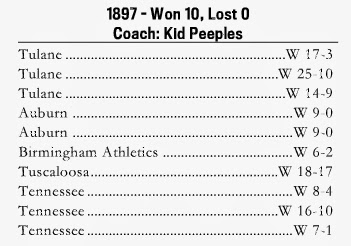 The scores match up for the Alabama-UT games.  I went to the University of Alabama's website and found that they also have their yearbooks online.

Ah, UT did play them.  But not in time for the yearbooks to get to the printer.  Were the games actually on June 10-12?  Those days were Thursday, Friday, and Saturday.

I have not yet been successful in finding online newspaper content that corroborates the games played and their outcome.

Here's a photo of the 1897 Alabama baseball team.

Let's go back to the game with Zaneville.  I think that it is actually Zanesville.  As in Zanesville, Ohio.  There is currently a campus of Ohio University at Zanesville, but I don't think that they were around in 1897.  The UT Record Book mentions just the one meeting between the two teams.  In the Record Book they are listed as the Zaneville Tracers.

A few issues with this one.  The year was actually 1897.  Understandable mistake.  I can't count the number of times I've had finger dyslexia.  The city is Zanesville.  With an "s".  The Tracers is the name given the the OU-Z athletic teams.  I've sent an email to their current coach asking if he knows when the program started and how long they've had their name.

I'm thinking that it was probably played against the Zanesville minor league / semi-pro team, part of the Ohio-West Virginia League.  UT has played against many professional teams over the years in exhibition games.  But that's for another blog entry.

Please know that the corrections offered here are not to cast a poor light on the University of Tennessee in their compilation of the Baseball Record Book, for it is a formidable task, but to enhance what they've assembled.
Posted by Mark Aubrey at 3:32 PM 2 comments:

Email ThisBlogThis!Share to TwitterShare to FacebookShare to Pinterest
Labels: 1897, University of Tennessee

Some information regarding UT's 1907 season came to my attention last evening.  As I looked into the season a bit more I found this nice write up of "one of the most brilliant games of baseball ever played at Baker-Himel Park."

This is the second series for Cumberland and the University of Tennessee that season.  The first series, held in the latter part of April, resulted in Cumberland winning two of the three games.

Interesting thing that I learned is that UT used at least two fields that year, Baker-Himel Park and Chilhowee Park.


Images from the University of Tennessee Libraries, Knoxville, Special Collections
Posted by Mark Aubrey at 12:23 PM No comments:

Email ThisBlogThis!Share to TwitterShare to FacebookShare to Pinterest
Labels: 1907, University of Tennessee


From the 1914 Reach Official American League Baseball Guide.
Posted by Mark Aubrey at 9:34 PM No comments:


Local boy makes good.  Frank Callaway played in 43 games over two seasons with the Athletics of Philadelphia.  When he had done his time there he came back to Knoxville to play with the Pioneers in 1923.
Posted by Mark Aubrey at 7:50 PM No comments:

Posted by Mark Aubrey at 9:45 AM No comments:

Email ThisBlogThis!Share to TwitterShare to FacebookShare to Pinterest
Labels: 1934

image from Ancestry.com
Posted by Mark Aubrey at 9:00 AM No comments:

Email ThisBlogThis!Share to TwitterShare to FacebookShare to Pinterest
Labels: 1960

image from Ancestry.com
Posted by Mark Aubrey at 8:22 AM No comments:

Email ThisBlogThis!Share to TwitterShare to FacebookShare to Pinterest
Labels: 1962

In 1937 he was pitching for the Dallas Steers of the Texas League. Apparently the Smokies obtained his contract and offered him a job for the 1938 season.  According to Baseball-Reference.com he didn't take that job. 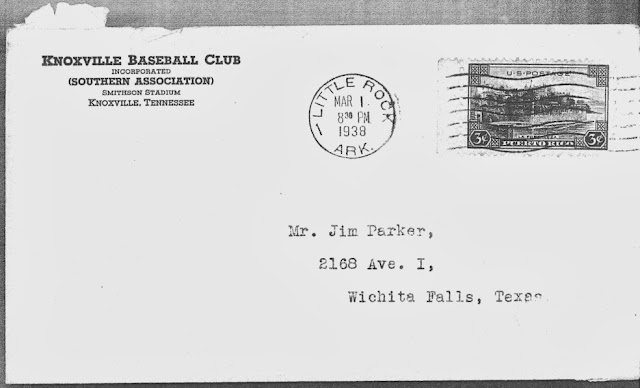 Two things caught my eye with the envelope and letter.  The letter is dated January 4, 1938.  The postmark has a date of March 1, 1938.  Why did it sit around for two months, especially when the club wanted Jim to train in Florida?  Why was it cancelled in Little Rock, Arkansas?


Baseball-Reference doesn't have all of his stats.  I found some of the 'missing' 1929 stats at the Library of Congress's website.  Psst.  He batted Right.

I've had no luck finding out what happened to Jim Parker after the 1937 season.  Not the WWII Draft Cards at Ancestry.com.  No obituary listed at GenealogyBank.com.  I even did a search for obituaries parker pitcher through The Sporting News at PaperOfRecord.com.  Nothing.

I have sent an email to the Special Collections at UT to see if they can give me any leads as to where they obtained the letter.
Posted by Mark Aubrey at 2:04 PM No comments:

image from Paper of Record
Posted by Mark Aubrey at 6:00 PM No comments:

In 1945 the Appalachian League had only four teams.  It was a Class D league.  This is how they ended the season:

More info on the league can be found at archive.org and at Baseball-Reference.com.
Posted by Mark Aubrey at 4:03 PM 1 comment:

Posted by Mark Aubrey at 9:00 AM No comments:

Email ThisBlogThis!Share to TwitterShare to FacebookShare to Pinterest
Labels: 1867

Posted by Mark Aubrey at 9:55 PM No comments:

Email ThisBlogThis!Share to TwitterShare to FacebookShare to Pinterest
Labels: 1867

image obtained from the Calvin M. McClung Historical Collection
Posted by Mark Aubrey at 9:00 AM No comments:

image obtained from the Calvin M. McClung Historical Collection
Posted by Mark Aubrey at 9:00 AM 1 comment:

image obtained from the Calvin M. McClung Historical Collection
Posted by Mark Aubrey at 9:00 AM No comments:

I came across a reference to the Coca Cola Stars of Knoxville last night.  The three articles were all from 1910.  I have not yet had a chance to look at the local papers, only the ones on GenealogyBank.   Since they were mentioned in The Freeman of Indianapolis I'm making an assumption that they were a black team.  I'm wondering if their name was derived from a sponsorship with the soda company or if it refers to the color of their skin.  Hopefully I can find some answers.