I was able to make a return trip to the Beck Cultural Exchange Center on Saturday afternoon. I was seeking baseball info from African-American newspapers that they have in their collection.  They're currently undergoing some rearranging and that resource wasn't available to me.  So I turned to their local yearbooks.

Knoxville Colored High School was formed in 1916.  Robert Booker wrote about the history of the Austin schools in a Knoxville News Sentinel column in 2009. 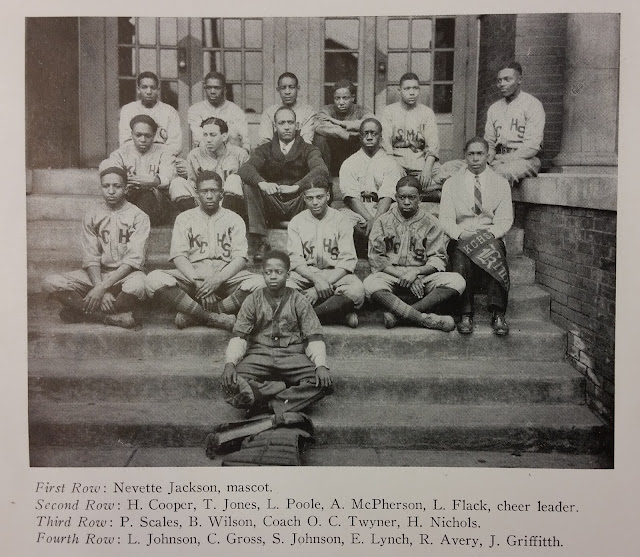 I think that the coach, O. C. Twyner, was Olger Conelius Twyner.  I have found him in the both the 1927 and 1928 Knoxville City Directories.

That address today is at College and Jourolman, just north of Knoxville College.

Below is his draft registration card for World War One.

Searching through the public family trees at Ancestry, it appears that Coach Twyner passed away in May of 1975.

Email ThisBlogThis!Share to TwitterShare to FacebookShare to Pinterest
Labels: 1925

On August 29, 2015, the East Tennessee Chapter of SABR had their summer meeting on August 29, 2015, in Bristol, Virginia.  Lucas Hobbs, the Vice President of Bristol Baseball, Inc., worked with the Bristol Pirates to make our memorable. 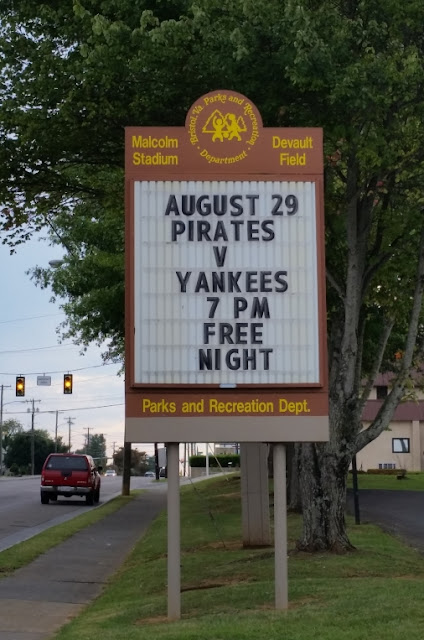 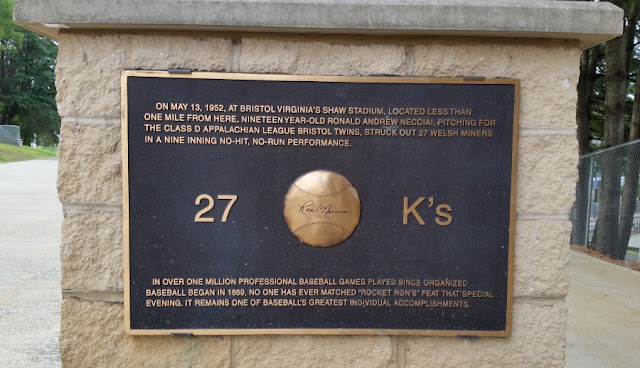 There were three SABR members in attendance, with two guests.

The meeting started at 6pm, with Jeff Johnson, the Pirates pitching coach, talking with us about his time as a player and then as a coach.  The audio clip can be found on the audio page.  If that doesn't work (and I've been experiencing some issues with it, try this direct link to the mp3 file). 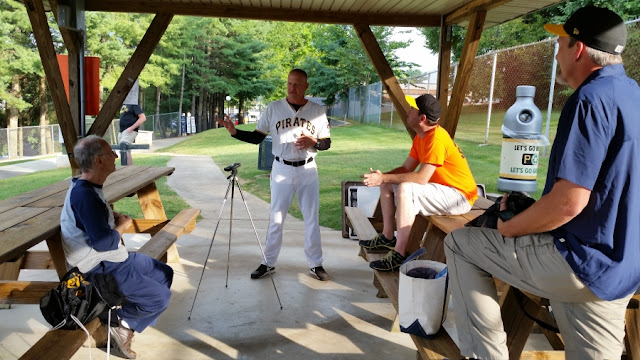 The meeting was cut short as Lucas had duties to attend to and I had the honor of throwing out the ceremonial first pitch.  Let's just say it was a bit low and inside.  Or maybe I was channeling what Jeff Johnson said about teaching his pitchers to throw down and tight. 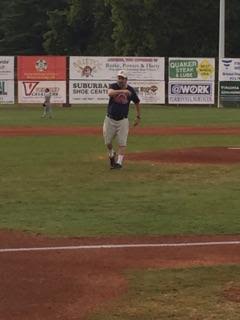 The Pirates were hosting the Pulaski Yankees in the final game of the season at Boyce Cox Field.  The baseball was enjoyable.  One of the guests at the meeting was Tony Hightower, father of the Pirates pitcher Scooter Hightower.  Unfortunately, Scooter got his second loss as a Pirate that evening as they fell to Pulaski 6-1 (box score).

The night was beautiful.  The following is an untouched photo from my cell phone. 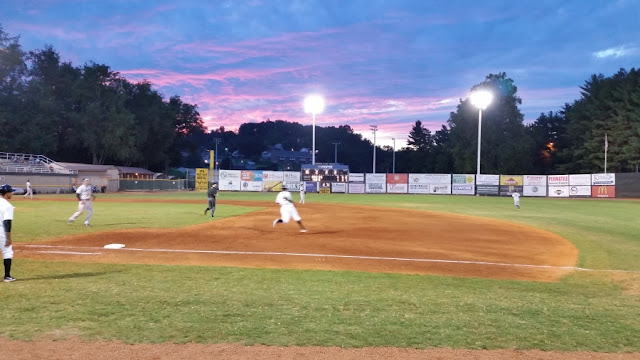 Marshall Adesman and I sat in the reserved seats on the first base side and spent most of the game talking baseball and swapping stories.  We ended up running into Lee Landers, president of the Appalachian League.  More swapping of stories. 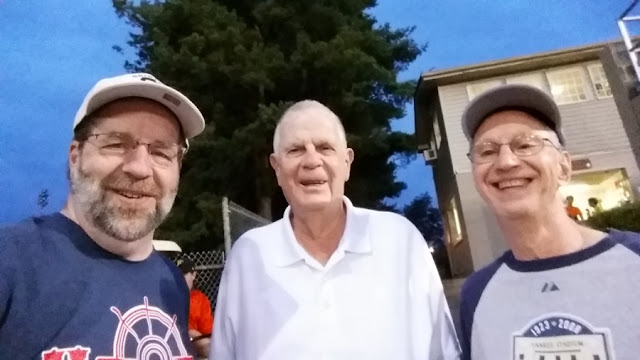